We would like to wish you a very Happy New Year.

Thank you very much for your kindness and support during the past year.

We look forward to your continued support and patronage in the New Year.

To coincide with the reopening of the construction site, we conducted a photo shoot at the driving course, where the paving work was just completed at the end of last year.

Since last autumn, we have conducted several photo shoots with supercars, which we hope you have all enjoyed in magazines and on social networking sites.

On this day, in addition to the Ferrari F40 and F50, we also prepared the La Ferrari and McLaren P1, and we were joined by MAGARIGAWA Academy instructors Seiji Ara, Yuya Sakamoto and Taku Banba.

Here are some photos of the various areas. 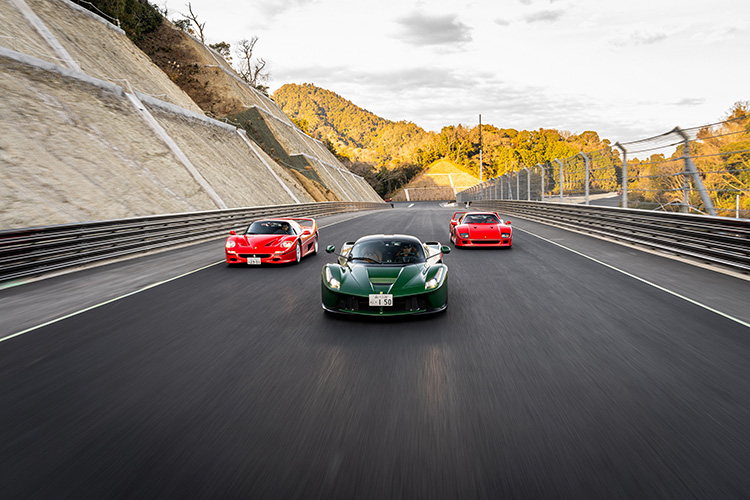 First is the main straight.

Including the run-off which will be painted soon, the course is more than 15 m wide, and Yuya Sakamoto commented that it reminded him of British circuits, with a feeling of going over crests. 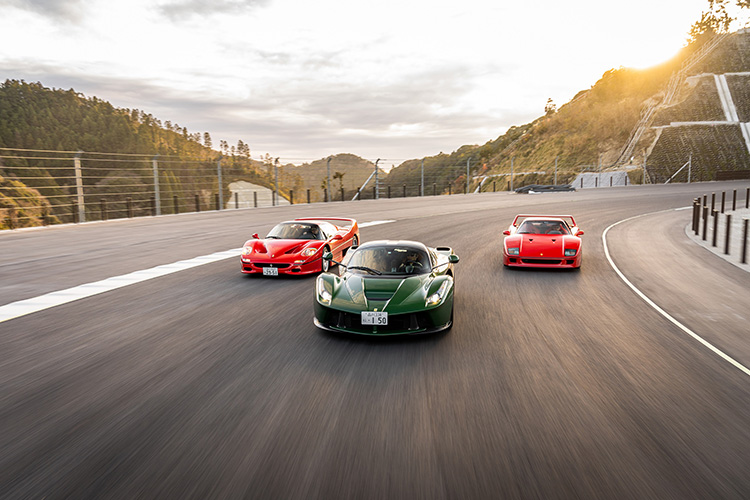 Next is the Takotsubo corner at the end of the main straight.

Even at low speeds, the downhill complex of corners makes you realise the importance of braking control and the timing of steering.

"It's going to be difficult to drive well at higher speeds, but that's the fun of it!"

Taku Banba commented as only a first-class driver can. 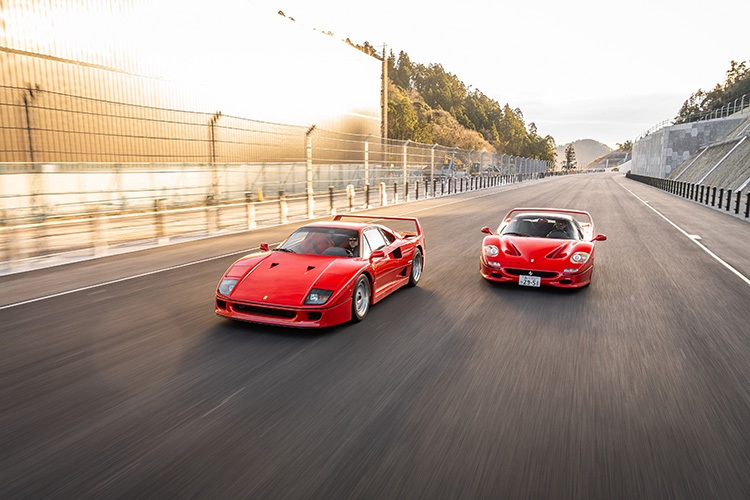 On the back straight, the vehicle storage garage, which is being built alongside the track, shines in the evening sun.

There were talks of supercars going by at full throttle literally 'right in front', being seen from the access road. 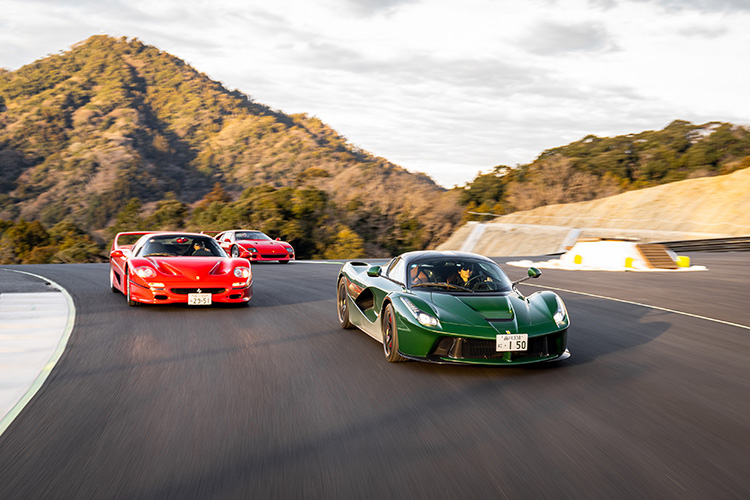 The section with three consecutive right-handers after the back straight is a high-speed section, as the run-off area is vast and uphill. 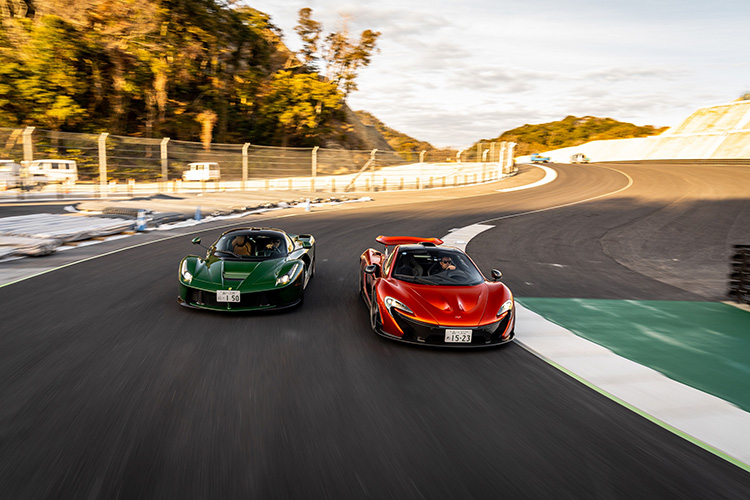 After three consecutive right-hand corners, the track becomes narrower and more technical, but the rhythmic behaviour of the cars in the S-curves is said to evoke a sense of "Jinba Ittai" (unity between horse and driver). 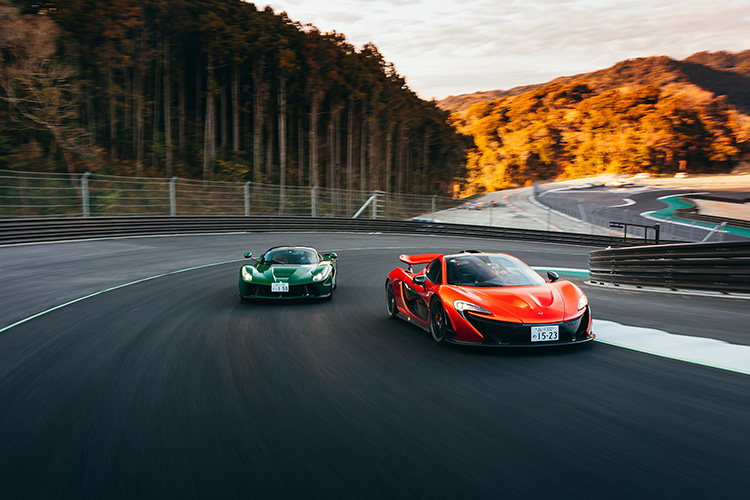 The 20% uphill gradient, which is expected to become a special feature of THE MAGARIGAWA CLUB, gives the feeling of driving towards the sky, and even the most experienced drivers said they had never experienced such a corner before. 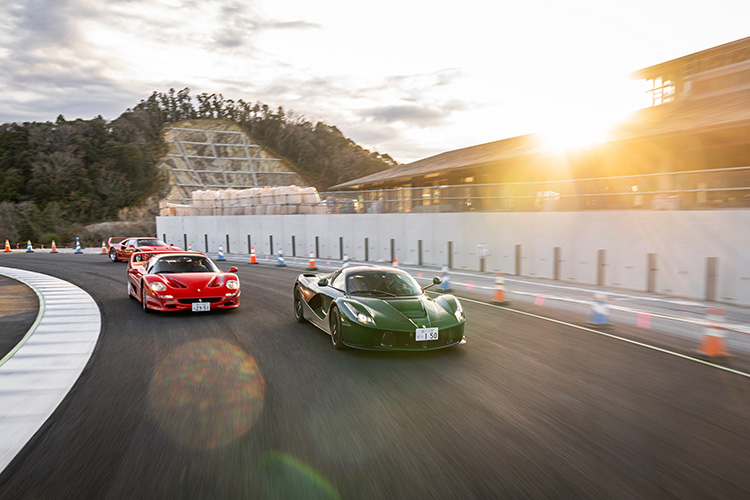 The section in front of the clubhouse would be challenging for drivers with a series of S-curves and up-and-down transitions.

Here, too, the car runs right in front of the garden, which is amazing for its "eye-to-eye distance from your companions". 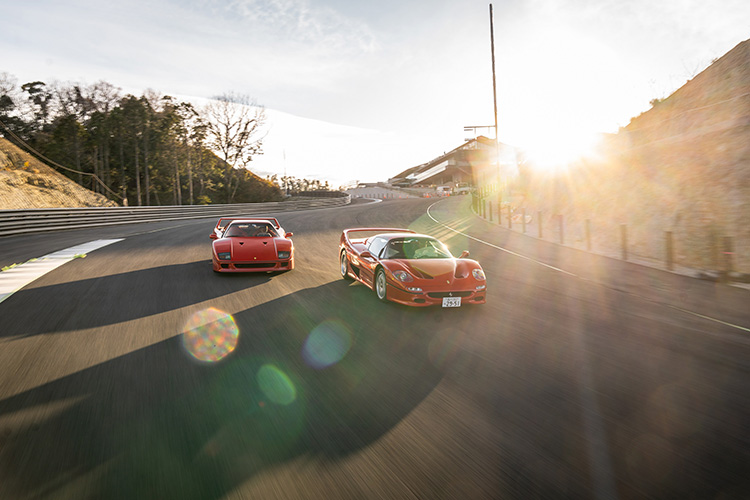 And from the pit exit to the final corner, the thrilling 16% downhill gradient, the openness of the track width that has been widened again, and the psychological pressure on oneself to set a good time, all combine a great challenge for the drivers.

There was an emotion that surpassed that of when a lap was finally completed on the gravel track when we saw the expressions of amazement on the faces of the top drivers of Japan, and as they roll their eyes at the progress of the works nearing completion, and then the  joy of driving when they experienced the high grip of the course, and pure performance of the iconic supercars.

Work will continue to install barriers and digital flags, and paint the run-off area.

The day when you can drive the one and only driving course is steadily approaching.

We will be uploading photos, videos and instructor interviews from time to time, mainly on our social networking sites, so please stay tuned.